Thank you for your gift to Literacy Services of Wisconsin in memory of Larry Elton. Your donation ignites hope, and in celebrating Larry’s life, you are investing in students who want to make their lives better by achieving their academic goals.

Echoing Larry’s belief to never stop learning, our students throughout Milwaukee and Waukesha counties build important literacy and workforce skills in our Adult Education and English Language Learning program areas. Your donation makes student success possible. We are grateful for your generosity and a wonderful way to remember someone as special as Larry! 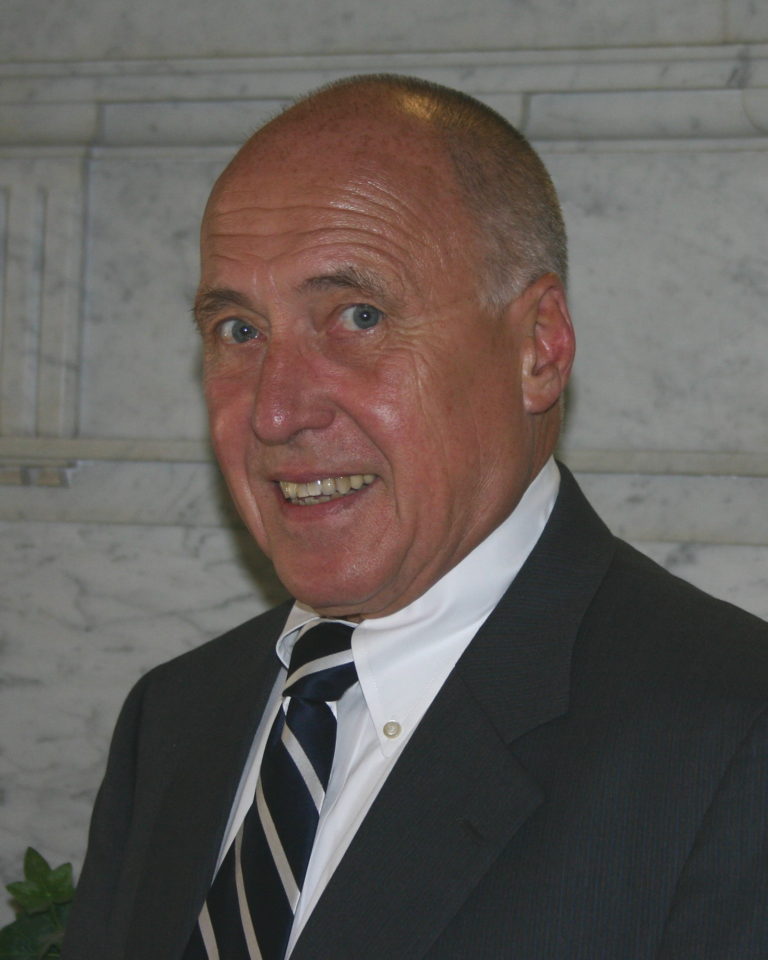 Larry was born to Lawrence Kellogg Elton Sr. and Leona Elizabeth Elton (nee Angel), on April 13, 1938 in Milwaukee, Wisconsin.  His family moved to Big Bend, Wisconsin when he was 4 years old.

Larry attended Mukwonago High School, which is where he met his sweetheart, Gayle Detterming.  They were king and queen at their homecoming…truly the great American couple.  After graduating, Larry went on to Ripon College for a year and finished at UW Milwaukee with a degree in economics.   Larry and Gayle married at the age of 20. Gayle supported Larry while he earned his degree and they started their family.

Larry spent over 40 years in banking, initially working at the Marine Bank.  In 1968, he joined the mavericks at the newly formed Midland National Bank, which was later sold to First Bank (and eventually became US Bank). He finished his banking career as president of F+M Bank, leaving after their merger with Associated Bank.

In 1979, Larry and his sons, Mike and Keith, started a gourmet ice cube company called Mike’s Ice. It became a family affair, employing both family and friends.  Mike’s Ice manufactured and distributed packaged ice to local grocery and liquor stores throughout the area. Many lessons in the realities of small business were learned.  The company was sold to Hometown Ice in 2000.

While he loved banking and entrepreneurship, his greatest joy was co-founding Advantage+, the equipment finance company based in Brookfield, WI. The little company he started with Richard Hackl over 28 years ago, grew to help thousands of US businesses. Larry never forgot that doing business required lots of help. He considered his loyal investors, bankers, and his team of people to be part of his family.

Business was an important part of who Larry was, but he also enjoyed many other pursuits over his 82 years: hiking, jogging, biking, rowing, sailing and tennis.

Larry was definitely a doer.  When he wasn’t exercising, he would experiment with many other hobbies.  In his thirties, he enjoyed photography.   This included not only taking the pictures, but also developing the rolls of film and creating prints in the darkroom in the basement of his Elm Grove home. Other hobbies included raising shiitake mushrooms, target shooting, and his lifelong passion…reading.

Larry encouraged all to read more and to never stop learning. Besides putting this into practice for himself, he would share books that he loved with friends and family. He encouraged everyone to continue getting better and better.

Larry’s other passion was the cottage he purchased from his father in central Wisconsin.  It was aptly named “Pinecroft” by his mother and father. Larry loved it, and it was always his happy place. While there, he enjoyed walks, golf cart rides on the trails, splitting wood, and everything else that he could do to make Pinecroft a special place for himself and his family. He spent many weekends at the cottage, but most memorable were always the Fourth of July traditions. He enjoyed the annual parade through Adams-Friendship followed by grilled hotdogs, a cold beer or two, and fireworks.

He will be dearly missed by all including Dolly their dog, his ever faithful friend.

Literacy Services of Wisconsin is a 501(c)(3) nonprofit organization. Your contribution is tax-deductible to the extent allowed by law.