LSW Board Member Reflects on Becoming a U.S. Citizen 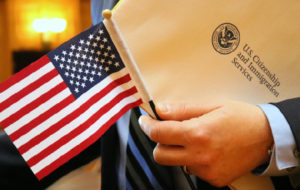 Life, Liberty and the pursuit of Happiness. Generation after generation, the quest for these unalienable rights has always been the driving force propelling millions of hearts across the oceans towards a better future. It was no different for Karyna and me when we decided to leave our country, family, and friends behind and start a new life with our sons Tomas and Levi in the United States seven years ago.

Interestingly enough, this situation wasn’t foreign to us. Only a few generations before, propelled by the same hopes, our grandparents and great grandparents also made this difficult decision and literally embarked on a journey of no return from different corners of Europe to Brazil. Through hard work, our families were able to settle in and flourish in the new country, providing all the conditions for both of us to develop successful professional careers – Karyna as a dentist and myself as a management consultant and strategy professional.

With those hopes and sentiments in mind, I decided to accept an offer from my former employer to relocate as an expatriate to Atlanta, GA, in 2013. One year later, our daughter Eva was born, and in 2015 we made the decision to stay in the U.S. for the long run as I accepted a job offer from Johnson Controls and we moved to Milwaukee. It was in Milwaukee where I had the opportunity to go beyond my day job and family activities. I started contributing to the community by leading an affinity group of Hispanic professionals at Johnson Controls, working with local non-profit organizations in underserved communities, and having the honor to join the Board of Directors of Literacy Services of Wisconsin in 2019. 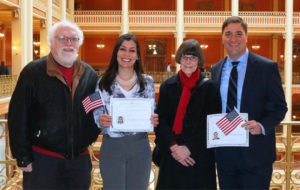 LSW is an organization that I have been involved with since my early days in Milwaukee, either through donation campaigns, volunteer work or through the support it has provided to Karyna in the ELL program. Through Karyna’s LSW tutors, Barbara Wuest and Marty Kleiber, we also had a first-hand demonstration of true American generosity and were even invited for our first Thanksgiving celebration with an American family!

After several years experiencing what a privilege it is to live in this country, after realizing how the underlying values upon which the United States was built resonate with us, after getting to know so many great real-life Americans, and after the birth of our daughter on American soil, we concluded that we also wanted to be an integral part of the country by becoming American citizens and providing that right to our sons.

That decision brought us to the Milwaukee Federal Building and U.S. Courthouse on January 23rd, 2020. In the courtroom, getting prepared for the oath ceremony, we could see sixty-nine other citizens-to-be from thirty-two countries. I was not sure which paths they took, what hardships they had to go through to be there on that day, but I had no doubt – Life, Liberty and pursuit of Happiness could be sensed in the air. Finally, as the ceremony was coming to a close, Karyna and I stood still, with our children seated a few feet behind us, and pledged allegiance not only to this great nation but, as importantly, to the values and rights that brought us here and for which it stands. 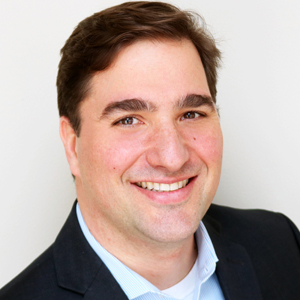 LSW Board of Directors